is just a victim

Chew on this quote the next time your workshopping the antagonist of your story.

Your main character has a dream about their future. What was the dream? And what happened when they woke up?

“Are you…the detective I phoned for?” This was a question asked in a skeptical tone, by a butler sporting an obvious wig. What a swell way to start a case.

I dusted the snow off the Mr. Cooper’s cap. “Yep, that’s him, all right.” I jabbed my thumb toward the boss’ direction.

Gripping the handle of his walking stick firmly, “Pardon the delay. My associate, Oscar, and I were delayed by some unsightly weather.” A snowstorm blustered at our backs. Coney Island was covered in 5 inches of snow. Frostbite was nipping at my fingertips. We were hastily ushered inside. “The victim is upstairs, in his office, correct?” With a nervous nod from the butler, Mr. Cooper hobbled up the stairs at an achingly slow pace.

While the butler’s face was stamped with a uncertain look, I gave him a pat on the shoulder. “Don’t let the grey hair and gimp leg fool you. Trust me, he’s the real McCoy.” Lighting a cigarette along the way, I followed the detective upstairs.

Before entering the office, we had crossed paths with a frail looking maid, with a gold chain looped around her next. In her arms was a bundle of linen. Paying no mind to us, she hurried past us. What was the rush? Her employer was found dead that. I’d say that counts as a day off of work.

The victim was John Smitty. A retired baseball player, sat at his desk, with a bullet hole in his head. The gun still hung to his trigger finger. His pristine white office was stained with the muddy boot prints of police officers. And let’s not forget the hideous splatter of red and grey matter on the wall.

Sorry. The gory details may disgust you. Just imagine spaghetti and meat sauce thrown against the wall. Not a pretty picture. Still, the detective teetered into the room, undeterred by the horrible sight.

According to the butler, his employer enjoyed his breakfast and the newspaper in his office every morning. His body was found earlier that day, with a newspaper, and a note.

“Did himself in pretty good, huh boss?” I glanced around the room, taking a long drag.

He read the paper, the suicide note, placed in front of the victim. “You think a scribbled message about how cruel the world is and what appears to be a self-inflicted gun shot wound to the temple is enough to prove a man killed himself?”

“Has our time together taught you nothing?” This was February, 1925. By this time, I have been working for Mr. Cooper for almost two years. Surely, I had learned something from tailing the old man. “Things are never that simple. And If memory serves, the victim was a baseball player, nicknamed ‘Golden Boy’ in his youth, most noted for pitching with his left hand,” Carefully, he lifted the corpse’s limp hand. The pistol clattered to the floor. “Highly unlikely he would pull the trigger with his right hand.”

The brilliant detective Cooper was right….Again. I sighed. Snowflakes tapped furiously against the window pane. Glancing around, I noticed a cabinet door that was cracked open. Inside was an empty safe. We were informed that the victim had an extensive, and expensive, collection of gold, locked away in a safe.

“Not exactly, my boy.” His hand gestured for me to come closer. The butler hung in the doorway. “I have a theory,” his tone was hushed. “Someone close to Mr. Smitty, perhaps a member of his staff, manufactured a fake suicide scene in order to steal his gold collection.”

My face pinched in confusion. “You think the butler did it?” How cliché would that be?

Mr. Cooper shook his head. “Did you notice the gold chain around the maid’s neck?”

Told you he was brilliant.

Be nice, this story was just for fun. Make sure you support my Patreon.

If you don’t see

The book you want

A pixie knocked on the window pane, with a letter in her hands….

Food, in any story, is almost unavoidable.

Whether your characters are cooking a traditional meal from their culture, or grabbing a bite to eat, food can become a memorable part of a scene.

Personally, I love when I get the chance to write about food, because of how descriptive you can be when talking about a meal. And its those small details that bring a story, and it’s characters, to life. Take a line from my WIP as an example: “I was rewarded with freshly baked bread topped with minced garlic and a generous drizzle of olive oil.” Got your mouth watering already, right? It’s the little sentences like that will hook reader’s attention in a snap.

No, you don’t have to sound like a menu when talking about what’s on the plate. However, plugging in descriptive details will enrich your story and build a realistic, clear image for your characters, and your readers.

Throw away vague words like “delicious” and give your readers something to chew on. What are some food related moments from your favorite stories? Does your WIP have a line regarding a good meal? Talk to me in the comments! Have a great weekend you guys. Right now, I’m off to an escape room.

Breaking news! This just in.

The Lady Jabberwocky blog now has a Patreon!

Check it out! I’m still working on the Patreon page. More reward tiers and goals will be added soon. With enough donations, I may even be able to do more cool things for this blog.

Now you can support this starving writer and this blog. And trust me, us freelance writers need all the help we can get. Help keep the Lady Jabberwocky blog running. Any donation amount would be well appreciated.

Whether you choose to become a patron or not, I just want to thank all my readers and followers. Knowing you’re out there means so much to me. 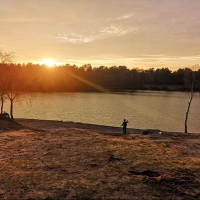 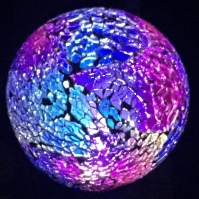 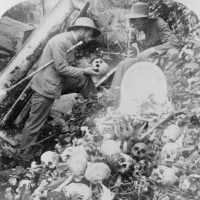 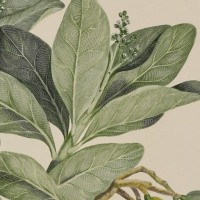 Sherry May Blogs
A Novice Writer

When you admit you don't know what you're doing, you can start getting yourself together