A young fae and a novice wizard stood outside of a tavern. Shouting and laughing and glass smashing rumbled the stony building. Candle light spilled into the dirt road through a crack in the door. A burly patron wobbled out, a stein of ale in his mits.

Cecil quivered behind her. An exasperated sigh huffed out her lungs. Wings tilting downwards. “Oh come on. We have to find this Brutus guy. He knows about the dragon.” Chin raised, she dragged her friend into the seedy establishment. “Brave adventurers fear no danger.” She reminded proudly to her nervous companion.

Busty barmaids hustled around the room. Brawny men and women clinked glasses, toasting to successful quests. A heated game of darts was being played in the corner.

Look for the man with serpent tattoo. That’s what Ramona had told them. In him, you will find the answers you seek. Over by the roaring fireplace, a chiseled dwarf. A winged serpent painted on his bicep. Smoke from his pipe billowed into the air. A Warhammer strapped to his back.

“Whose asking?” His voice gruff and disinterested.

“Me, obviously. Or are you blind?”

He scoffed, eyeing the fae girl. “Haven’t seen a fairy around these parts in a long while.”

“Good. Now you have. My friend and I are looking for information, about the Dragon of the South.” Juniper plucked the rolled up scroll from Cecil’s hands and unfurled the map for the dwarf.

He stiffled a laugh and shook his head, dismissing them with another puff of his pipe. “Fly away, little moth, Or you’ll – ” The tip of her gleaming rapier appeared inches from his face. Incoherent words stammered out of Cecil’s mouth. Juniper’s scowl never wavered. A growl gargled in his throat. Everything in the bar halted to a stop. Then, impish cackle broke the silence.

Perched on a table, a scrawny man strummed a lute, shoulders bouncing in giddy giggles. Pointed ears and eyes like lost emeralds. Opal white hair tied into a pony tail. The dwarf jabbed his thumb in the bard’s direction. The elf bowed his head, holding his instrument in his arms, ready to play a tune.

“Brutus P. Capatrius the Second, at your service.” With a dramatic wave of his hand, he beckoned the barmaid over. “Some cups of apple cider for the youngins.” A sly grin smeared on his lips. “You two are awfully adorable.”

“Miss Ramona, our mentor, sent us. To find the exact location of the dragon. A-And she also said…-”

“That we were lovers? In our youth, of course. Though I suppose it’s not a story for children.” He gestured for them to sit. “Sit, Sit, little dears.”

“Definetly not. I simply sang it a lullaby.” He grinned, beaming in his mirth. “But I have seen the nasty bugger.” His fingers stroked the strings once. “I wouldn’t go chasing him if I were you.” He warned in a sing song tone.

“We must collect….” Cecil tossed Juniper an uneasy glance. “something from the dragon’s lair, for one of Ramona’s spells.”

“And what Ramona wants, Ramona gets, no?” He snickered, gingerly taking the map. This dragon was notorious for being difficult to find. Lots of tunnels and caverns, he explained. The two children drank cider as he told his tale of the dragon of the south. With a feather quill, Brutus marked a point on the map with a circle. “This… Something…. That you two are searching for better be worth it.”

“We can handle it.” Sticking her nose up in the air, she grabbed her companion’s hand. After giving their thanks to the carefree bard, the two adventurers scurried outside.

Cecil hugged his stomach, letting out panicked breaths. “I can’t believe we survived.”

Lifting off the ground, Juniper swooped the wizard up underneath his arms and carried him through the night sky. “Now all we have to do is find that dragon egg.”

A Genie pops out of something that is definitely not a magic lamp.

Wow, you guys seemed to really like the first post from ‘Notes of a Lady Freelance Writer’. Duly noted, writer bees. Since last week I talked about the pros of freelancing, let’s talk about some of the cons that come with the job.

Side note: This is solely based on my experience as a Freelance Writer. Freelancing is different for everyone.

Let’s face it, schedules are unpredictable and life is full of distractions, especially if you’re working from home. Family, kids, other jobs, chores, the list goes on and on. Battling procrastination everyday is a real thing. The responsibility of managing projects is entirely on you. You need to have strong work ethic and motivation to be a freelance writer.

With the freedom to work whenever comes working at odd hours. For me, I’ve caught myself writing around midnight. This may be because I’m a night writer and usually get more work done when the rest of New York is asleep. Even though I’m an easily distracted procrastinator, I still meet every deadline. (I’m actually binge watching Cardcaptors as I’m writing this. Multitasking or distracting? You tell me.)

In my experience, it took a while to gain momentum and build a presence online. At the start, you might get underpaid for work, which is discouraging. And sometimes, it’ll feel like you’re putting in more work than your being paid for. Don’t expect to make the big bucks right off the bat, the chump change comes first.

Since you are working by yourself, except for the occasional email, you may feel a bit detached from the world. Personally, I miss those face to face interactions with people. If I’m completely honest, it’s lonely as a freelance writer. I don’t have the luxury of collaborating with coworkers in person, like someone else would in an office environment.

Side note: I know a lot of freelancers have had trouble with receiving payments from buyers. For the most part, I haven’t had trouble with that, with any client I’ve worked with (knock on wood). Be sure to keep open communication with whoever you’re working with.

There’s a lot of uncertainty with freelancing. Job security is difficult to find. Your monthly salary is up in the air. And benefits, like medical coverage, is incredibly rare. Some days, you might have a ton of work to do, other days might be a dry spell. You’ll definitely be on your toes with freelancing. Frankly, it’s a tumultuous job, nothing is ever truly steady and secure (unless you have a solid client).

I worry a lot about this job. Can freelancing support me long term? Can I juggle multiple responsibilities at once? Would being a full time freelance writer ever be – enough? That uncertainty weighs me down. But, you take what you get, right?

Well, there you have it writer bugs, the pros and cons of being a freelance writer (from a lady freelancer). If you have any ideas for posts on this topic, let me know in the comments. To all the freelancers out there, what are some negatives to your job? 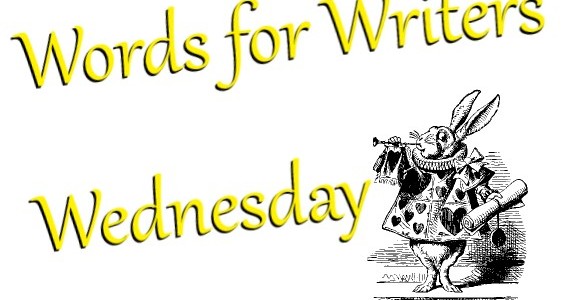 “We are, as a species, addicted to story. Even when the body goes to sleep, the mind stays up all night, telling itself stories.”

A sound wakes your character up in the middle of the night. They get up to investigate.

(Hint: The sound(s) can be anything you can think of.)

Get ready for a new series on the Lady Jabberwocky blog, ‘Notes from a Lady Freelance Writer‘, where I’ll be sharing my candid experience as a Freelance Writer. I’ve been a freelancer for about two years now, and it’s been quite an adventure for me. I want to give you guys an honest look at all the good and the bad that comes with a job like this.

Curious about what’s it’s like to be a Freelancer? Today, I’ll be talking about the benefits to a Freelance Writer job.

One of the perks to freelancing is that you are your own boss. Want to give yourself a day off? Feel like sleeping in? Honey, you go do that. Now, this does not mean you can forgo deadlines. However, you have the power to decide how you work and what you work on. Most of the time, you determine your workload. Remember, whatever freelance gig you decide to go for, you have to think of yourself as a service. Creating, editing and scheduling material is all part of the job.

I’ve written content for a few websites, all while producing my own content on this blog. I’ve learned how to communicate with clients and conduct myself like a one lady business. My main responsibilities are to manage orders, for articles or product descriptions, and manage payments. It’s on me to juggle multiple projects at once. Not gonna lie, you develop a little hustle along the way. And there’s nothing wrong with that.

Travel expenses? What travel expenses? Working from home means little to no commuting. No need for a work wardrobe either. With expenses being so minimal, it really cuts work costs and monthly expenses. It really is a cost effective way to earn a little extra cash on the side. While it may seem like a luxury, it’s not all rainbows and sunshine working from home, but I’ll get to that in another post.

Personally, I love wearing comfy sweatshirts and leggings all day. For me, I just need a computer and a PayPal account. And an email I check constantly. That’s enough for me to sustain my job for now.

The biggest benefit to freelancing is the freedom to determine your own schedule. You choose where your office gets to be, whether that’s in a coffee shop or your own bed. Don’t get too comfortable, work still needs to get done. Still, you can create a productive space wherever you want.

It’s all about time management and meeting deadlines. If you’ve got errand to run in the morning, moonlight as a writer at night. And vice versa. You just need to find the time that works best for your life. Hours are incredibly flexible, there’s no clock in or clock out with freelancing.

Hope you guys like hearing about my humble experience with being a freelance writer. Next time, I’ll talk about the cons of freelance writing. To all my freelancers out there, what do you think are the benefits of a work from home job?

When you’re stressed and overwhelmed by writing, remember:

no one is going to die on the table.

Write a story about a magician. Are they a fake, or do they have real magic? That’s entirely up to you.

“Make up a story…For our sake and yours forget your name in the street; tell us what the world has been to you in the dark places and in the light.”

How does your main character pass the time when they are alone?

It’s one thing to see how a character interacts with others, in public. It’s another to see what a character does when they are bythemselves, when no one else is around.

Write your response in the comments below, best entry gets a shout out next week!